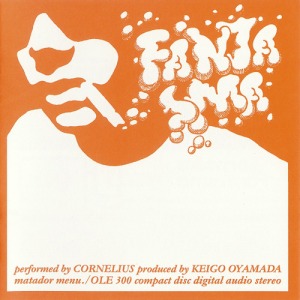 This week, Probably Just Hungry is featuring a hidden gem of the ’90s, Cornelius’ Fantasma.

Cornelius, otherwise known as Keigo Oyamada, is a sculptor of pop music, and his tactics have garnered comparisons to Beck. It’s going to be strange listening to him at first if you’re unfamiliar with his body of work, but it’s undeniable that the man knows how to put together a hook and a harmony. He’s one of those brilliant but understated artists whose work seems to vibrate a part of your ear that sends sunshine down your spine.

Click the link below to read the post on Fantasma and listen to samples from that album, and check out the video to Cornelius’ remix of Salon Music’s “Galaxie Express” too. (If you grew up playing that shameless [and terrible] clone of Tony Hawk’s Pro Skater called Grind Session, the song will sound familiar to you.)