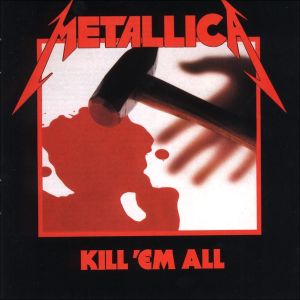 The headlines across the globe yesterday were lit up with news of Pope Benedict XVI’s impending resignation, but on U.S. networks, another interesting story appeared, which concerned the man from SEAL Team 6 who fired the shots that killed Osama bin Laden. The online publication of Esquire‘s sprawling 15,000-word feature is the first time the “Shooter” has told his side of the story, and its details make for an interesting read to say the least.

One of the more minor details of the article jumped out at me. About halfway through, the Shooter mentions interrogation tactics, which, although he insists they were non-violent, did involve Metallica possibly at their thrashiest:

When we first started the war in Iraq, we were using Metallica music to soften people up before we interrogated them … Metallica got wind of this and they said, ‘Hey, please don’t use our music because we don’t want to promote violence.’ I thought, Dude, you have an album called Kill ‘Em All.

END_OF_DOCUMENT_TOKEN_TO_BE_REPLACED 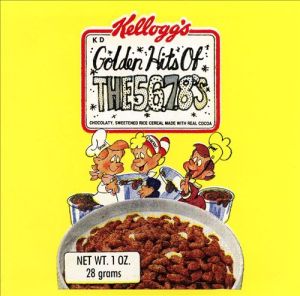 I’m no vinyl junkie, but I do enjoy the occasional record now and then. The more damage, the better. That punchy analog sound pairs great with a few years’ storage next to a leaky basement pipe.

But even without water damage, the sound you can find on some of the best shitty compilations is something a lot of newer bands have been trying to emulate over the last few years. (Listen to a little Dirty Beaches and see if you don’t get that vibe.) Some people call it inspiration, some call it theft, but whichever is closer to your opinion, it can’t be denied that this sort of “borrowing” is the foundation of a large part of the music culture. Where would Animal Collective be without the influence of tribal African percussion? Or how would the story of the Beatles have gone without the overt impact of Indian classical music?

END_OF_DOCUMENT_TOKEN_TO_BE_REPLACED 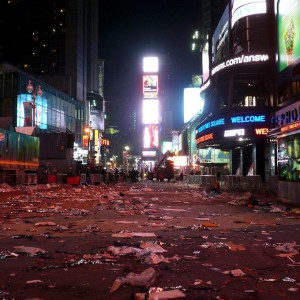 A new year is here, and while 2013 brings untold promises of the future, even the brightest hellos often come at the price of bittersweet goodbyes. Couple that with the holiday season, when emotions run rampant among family and friends and the longest stretches of night rule the sky, and you’ve got a favorite time of year for those who like the occasional wallowing session. Every once in a while, everybody wants to listen to songs that make them feel worse than they really do.

END_OF_DOCUMENT_TOKEN_TO_BE_REPLACED 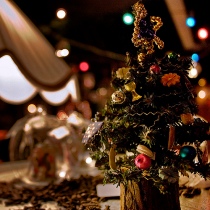 Every year, it seems that holiday music creeps into the shops earlier and earlier, and this time around was no different. Here in Chicago, especially as everyone waits with baited breath for the first snow of the season — I think we’re at 282 days without snow as of Tuesday, Dec. 11 — we’re relying heavily on the near-mythical consumerism of the modern era to get ourselves in the mood, and that, my friends, can get very sad. (As someone who spent their childhood in Los Angeles, you can take my word for it.)

So for once, I’m advocating for holiday music, not just as a necessary evil for promoting holiday cheer or even as a guilty pleasure, but as a part of the season that’s both enjoyable and (gasp!) substantive. Here are a couple of my old standbys:

END_OF_DOCUMENT_TOKEN_TO_BE_REPLACED 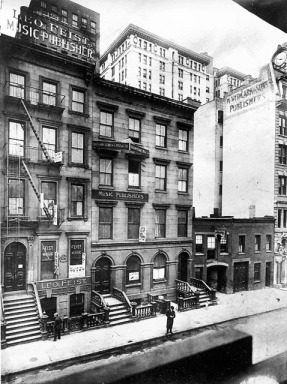 Sometimes I feel we’re obsessed so much with musical styles and techniques from the 1950s to 1980s that we forget the kinds of gems that were created before, during and after World War I. Much of the most famous songs from this time period was generated at the numerous music publishing companies in Tin Pan Alley, seen in the image here. As a hub for popular music of the era, an inordinate amount of now-standard tunes were penned here, including songs that are forever ingrained into American culture like Irving Berlin’s “God Bless America” and the Albert Von Tilzer classic “Take Me Out to the Ball Game“, which, of course, is most famously known for being sung at the seventh inning stretch at all baseball games.

I put together a playlist below of some tracks from the 10s, 20s and 30s, many of which came out of Tin Pan Alley or were very clearly influenced by the sound, including a Wurlitzer organ version of “Bill Bailey [Won’t You Please Come Home]” that highlights that instrument’s ability to sound like someone playing the flute with a sledgehammer.

There’s also a few tracks by some of the standout figures of the period, including an original version of Al Jolson singing “Swanee” as well as a tune I usually associate with the Ricardos and the Mertzes, “California, Here I Come”. There’s also an old, vaudeville-ish version of “Lovesick Blues” sung by Emmett Miller, which would later be Hank Williams‘ breakthrough radio hit. Patsy Cline’s 1960 rendition is also one of my favorite examples of the Nashville sound.

There’s much, much more music to uncover in the early 20th century, and this playlist only barely scratches the surface. If you’ve got any favorites I might’ve missed I’d love to hear about them in the comments section.