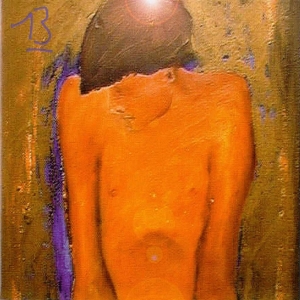 FoodJams is back with another delicious track — this time, that old strum-along by Blur, “Coffee & TV”.

My dad was a tech guy, always curious about the digital coming-of-age in the late-90s and early-00s. The man made sure my 7th grade research project culminated in a Geocities webpage on Taoism with spinning yin yang gifs and huge Papyrus headlines. When I was 16, I inherited Delores, a 1989 Honda Accord with a sun-faded maroon paint job and conspicuous lack of airbags. But the real gift was the stereo system he included — not the speakers, which had literally seen the falling of the Berlin Wall, but the tape deck, which could play mp3s stored on CD-Rs.

Not long after, I went through my entire music library, curating 700MB’s worth of greatest hits, cramming them on a disc marked only by a single black dot. My high school friends are well-acquainted with the “Black Dot” disc, because I basically set it to shuffle almost every day going to and from school.

Among the most well-loved of the tracks was “Coffee & TV”, downloaded from the Napster/Morpheus/KaZaa free-for-all of the era. I knew next to nothing about Blur at the time, except that this was an excellent driving song — driven but easygoing, with an acoustic rhythm, a blitzed-out electric solo, on-point harmonies and one hell of a vocal hook. Years later, after finally listening to the album the track is sourced from, 1999’s 13, I find it an absolute miracle that this song is so great because the rest of the album is an atrocity. “Coffee & TV” is the diamond in the rough — and by rough, I mean a septic tank overflowing with over-indulgent heavy ballads, out-of-tune soundbytes and ill-advised stabs at triphop. The cherry on top is the lens flare over the moody, low-resolution oil painting as cover art. Really?

All that said, “Coffee & TV” still stands out as a classic, and Mel followed suit with a coffee caramel that’s as rich as its sonic pairing. Coffee isn’t hard to make, but it’s hard to make well. Same goes for caramel. Throwing coffee grounds into a vat of sugar, butter and cream will result in a somewhat foolproof mixture, but the balance that Mel managed with this sauce is celestially delicious. The coffee, by the way, came from one of my favorite roasters in Chicago, Asado. Definitely worth a visit if you’re in town.

Check out the video for “Coffee & TV” below, featuring Milky the milk carton. (Yes, it’s a thing. He was created by Jim Henson’s Creature Shop.) Also make sure to click through to Mel’s post — this coffee caramel makes everything better.