Welcome back to FoodJams, where I listen to things that sound delicious and then Mel bakes things on Mel Bakes Things. This edition is brought to you by The Presidents of the United States. Not the actual presidents, mind you. But could you imagine that line-up? It would have to be black metal, with Lincoln on bass, Taft on drums, Grant on guitar and Teddy Roosevelt as the shirtless leadman, all in full corpse paint. Oh, and Clinton on sax — it could work.

END_OF_DOCUMENT_TOKEN_TO_BE_REPLACED 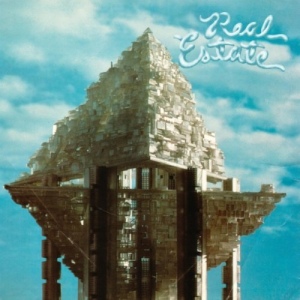 Welcome to volume two of the cross-blog collaboration between Black Porridge and Mel Bakes Things. The timing couldn’t be more perfect for this installment: it’s early August and that humidity is just starting to pop in and out of the air. It just makes you want to… well, loaf.

We went with Real Estate‘s “Suburban Beverage” this time around, which isn’t necessarily a stand-out track from the band’s 2009 debut, but definitely one of the more esoteric with a total of one lyric. I’ve always found the band to be pretty polarizing, but sometimes even a garage junkie like me is in the mood for a jam band without the solos. Picture the alt-bros, floating down some lazy river in North Carolina, alternating between cheap beer and clear soda. The sweaty buzz between the barometer and the bottom of a bottle. This is an album about the weather.