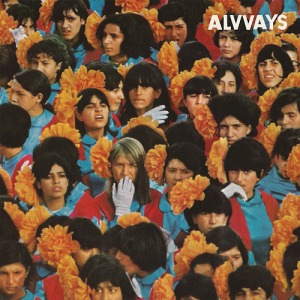 Three or four years ago, summer guitar pop songs were harder to come by, but they were always refreshingly different from the Great Chillwave Bubble of 2010. You have so many options to choose from these days, that it can hard to find a gem. Blah, blah, market saturation, you get the idea.

Well here, I’ve found the chestnut. Toronto’s Alvvays released “Adult Diversion” quite a while ago as a lead single to their self-titled debut, but it’s worth revisiting/rediscovering now that July is heating up again. (Except for in Chicago, where there are threats of Polar Vortex II: Arctic Boogaloo. On account of Alvvays, we can call it a Canadian summer.)

The hooks are ridiculous, and you should know I’ve got a soft spot for guitar and vocal hooks. The band’s overall sound is gauzy and chipper, but the star is the half-slacker, half-twee lead vocal delivery by Molly Rankin. You can grab the album from Polyvinyl now, and in the meantime, check out the video for “Adult Diversion” below.