There’s a bunch of stuff I haven’t showed you this week and it’s all coming through at once, today, because you’ll probably need something to listen to after the long weekend. 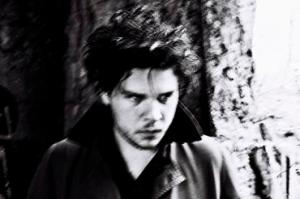 A song for motorcycles. That’s all I have to say. When I hear this song, I can’t stop thinking about motorcycles. Check out the video on Brooklyn Vegan. Sex Static EP out now on Bad Actors.

More of that early-70s UK period sound, complete with period wardrobe. “Shelter Song”/”Colours to Life” 7″ out now on Fat Possum.

TDM’s brand of new shoegaze continues in historically accurate quiet-loud-quiet fashion with this collection of fuzz and reverb. SWAY is out October 1 on Nineteen98.

In the future, I predict plastic recorders (and possibly children’s melodicas) will rise triumphantly from the ashes of 3rd grade music classes and feature prominently in all bands that are serious about their careers. Tally All The Things That You Broke EP out October 8 on What’s Your Rupture?.

The thing you need to know about the Dirtbombs is that they’re headed by former Gories member Mick Collins. He’s calmed down a bit over the years, but still knows how to work some fuzz into a bubblegum pop number. Ooey Gooey Chewy Ka-Blooey! is out September 17 on In the Red.

It’s starting to get hard to differentiate between the sounds of garage-punk bands, but it’s always easy to know when they’re doing something right. Nude Beach’s latest full-length, released on Mandible, is doing good things with crunch and 90s-ish vocal lines, and free to download from Soundcloud.

This new track from the newly toned-down TV Ghost opens with something that sounds like a mouth harp modified for use in industrial techno, which is usually a good sign. Disconnect out September 3 on In the Red. 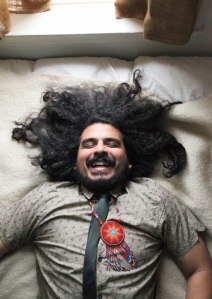 Expansive enough to get lost in, Helado Negro’s “We Will You” is an exercise in rattling reverb and downtempo beauty. Island Universe Story Two EP out now on Asthmatic Kitty.

The phrase “production duo” usually gets my eyes rolling faster than the last ten minutes of a rom-com, but ODEZSA has put out a track that floats and flows impeccably, without sacrificing quality for production value. The My Friends Never Die EP is out September 17.

Nostalgia tends to mean a fond remembrance of times past, but Youth Code’s brand doesn’t screw around with the flowery, pretty, “days of yore” bullshit. Their self-titled debut leaves a bloodied chasm where your eardrums used to be and is streaming in full on Pitchfork Advance. Night Sins is out September 3 on Dais. 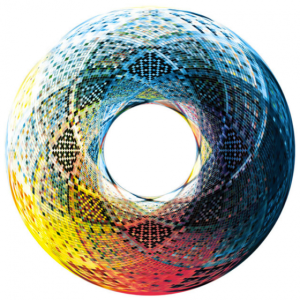 Brooklyn outfit Psychic Limb follows the standard “hardcore album” ethic by releasing a dozen hair-raising tracks clocking in between 33 and 63 seconds a piece, but also shows their willfully obtuse side by naming each track a number between 19 and 30 in non-sequential order. Jamaica is out now on Clairvoyant.

I can’t resist the crunchy chords of a good power pop song and Tony Molina’s svelte, minute-and-a-half dose of the stuff hits just the right spot. Despite the length, Molina crams in a multi-guitar rhythm attack, an enlightened progression and a killer solo. The track comes off a 7″ available only through Matador’s “Singles Going Home Alone” subscription service… or streaming below.