I know this is a day later than it should be, but I absolutely had to put a link up to stream Ty Segall’s new album. If you weren’t aware, Sleeper is a slower, lighter affair that doesn’t dispense with guitar charm.

Anyway, here’s what I missed over the last week:

1. Gap Dream put out a new single that hums like an LSD factory that’s been pumping Kurt Vile 24/7. “Fantastic Sam” is a great track that blends that (oddly) blends that new French dance vibe with a gritty New Jersey-esque road song ethic. Shine Your Light is out November 12 on Burger Records. 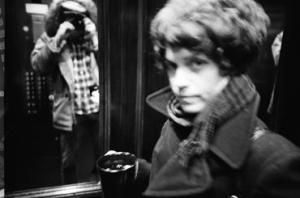 2. Pruno Truman is Heidi Alexander, who seems to have gotten wind of the upcoming Mazzy Star record and decided to give the bleary, emotionally wilted sound a shot for herself. “I Want More of You” leads a natural progression of sorts in sound from her work as a vocalist in the noisy Fresh & Onlys to the rolling, mellow beats of her other band, the Sandwitches. Now, Alexander has released a drawling, tube-amped, space-echoed soundtrack for those mornings when you can’t decide if you’re blissful or depressed.

The track comes off Empty Cellar’s limited cassette EP titled Amigos, which is out now.

3. And now, a new track from Destruction Unit, which I decided to post almost entirely based on the image that came with it. Look at that man. Look into his eyes. Doesn’t he look like the kind of guy you want to be performing at your wedding or bar mitzvah?

“Bumpy Road” is a relative slow burner when compared to the rest of the band’s output, but it has its place in their catalog of desert jams. The soupy guitars are still there, as are the crazy flange-distortion sounds. The single is another track taken from Deep Trip, out August 20 on Sacred Bones.